Mark Josephson dedicated his career to the prevention of premature sudden cardiac death (SCD). Toward that goal, he was an early adopter of the implantable cardioverter defibrillator (ICD) and indefatigable advocate for better ICD technology,1 both as a clinical tool and as living laboratory to study SCD in ambulatory patients. With characteristic intellectual integrity and analytical rigour, he sought an honest and balanced appraisal of the life-saving benefits and serious complications of this unique therapy. 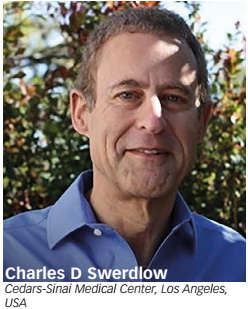 Balanced Evaluation of the ICD

Although better known for his transformative contributions to arrhythmia mechanisms, mapping and ablation, Dr Josephson participated in investigational studies of the first implantable defibrillator2,3 and served as a principal investigator for the MUSTT (Multicenter Unsustained Tachycardia Trial) foundational trial of primary-prevention ICD therapy.4 In one of the first systematic analyses of ICD far-field electrograms (EGMs), he stressed morphological disparities between spontaneous and induced VT;5 and he actively encouraged research to predict spontaneous VT in ambulatory patients based on ICD EGMs.

As enthusiasm for ICDs began to soar in the mid-1990s, Dr Josephson provided a vital, clear-thinking counterbalance. He emphasised the role of preventive, ablative therapy, both in conjunction with interruptive ICD therapy to reduce shocks and as a curative alternative in patients with single-vessel coronary disease and haemodynamically stable VT.6 Dr Josephson spotlighted critical issues related to overestimating the benefits of ICD therapy and under-appreciating its limitations: early observational studies used appropriate ICD therapy as a surrogate for prevention of SCD. With his mentees Joseph Germano and Roderick Tung, Dr Josephson played a vital role in exposing this fallacy by emphasising that, in randomised control trials, appropriate ICD therapies occurred two to three times as frequently as SCD in control groups.7 Based on then limited evidence, they highlighted the reasons for this difference in event rates, unnecessary appropriate ICD therapy for self-terminating VT and device proarrhythmia,7,8 both of which were confirmed in subsequent studies.

Dr Josephson sought to apply rigorous evidence to clinical care, yet he retained a deeply human connection to his patients at risk for SCD. He interpreted practice guidelines through their stated intent, to assist in clinical decision-making;9 he was deeply troubled by the trend to accept guidelines as canonical dictums that absolved physicians of cognitive responsibilities; and he discriminated unambiguously between those based on valid evidence and those he judged to be based on inconsistent evidence, omission of relevant evidence or incorrect interpretation of evidence. In this context, he contributed to an incisive critique of the inconclusive and statistically flawed evidence for primary-prevention ICDs in patients with nonischaemic cardiomyopathy,8 a critique supported by the recent Danish ICD Study in Patients with Dilated Cardiomyopathy (DANISH).10 He questioned the wisdom of some primary-prevention guidelines that required implanting 15 to 20 ICDs to save one life; and he consistently supported research to improve risk stratification. He emphasised that competing comorbidities and advanced age precluded ICDs from prolonging life in some guideline-indicated patients, even if their ICDs prevented SCD.8 In this context, Dr Tung penned a critical admonition with Dr Josephson as senior author:

“ With modern medicine, less emphasis has been placed on the physician-patient dialogue where concerns and expectations are freely exchanged. Physicians should understand that choosing longevity with potential tradeoffs in device-related complications and quality of life is a personal decision that must be individually tailored to patient preference. … It is ethically imperative that we are honest with the data, so that we can be honest with our patients.”

I first met Dr Josephson when he visited my fellowship programme, but I didn’t really get to know Mark until 2004, when he asked me to teach interpretation of ICD EGMs at the ‘How to Approach Complex Arrhythmias’ course he gave with Hein Wellens. Twice a year, for the next 12 years, I did my best to honour his implicit mandate – to develop a systematic approach to ICD EGMs that complemented the systematic approach to ECGs he taught with Hein. By serendipity, I had a ringside seat to master teachers in action. I studied how, beyond Mark’s occasional frustration with fools, he provided strategic and strategically timed clues when a student struggled with a tracing. Invariably, these clues framed the solution, yet required students to complete the analysis and thus permitted them to walk away with a sense of mastery. At each course, I sat humbled by the blinding speed and penetrating power of Mark’s reasoning, the depth and ken of his analyses; I marvelled at the casual elegance with which he unravelled the intricate stories concealed within complex arrhythmias; and I witnessed his lucid expositions inspire students – including me – to seek out the stories hidden in our own patients’ tracings.

Mark was devoted to his gracious and inspirational wife Joan. They were inseparable, and she attended every course. Each Sunday morning, I drank coffee with Joan as she recounted stories of Mark’s deep personal investment in his fellows and his loving devotion as a father. I showed her the latest pictures of my two sons, and she offered practical and insightful parenting advice.

Over years, Mark became my friend and mentor. In that process, surpassing even his encyclopaedic knowledge and towering intellect, Mark’s humanity and moral compass became my greatest teacher. For me, his integrity, empathy and compassion continue to shine like a beacon, illuminating my path.