Non-invasive ablation of cardiac tissue to control ventricular tachycardia (VT) is a novel therapeutic consideration in the management of ventricular arrhythmias associated with structural heart disease. The technique involves the use of stereotactic radiotherapy delivered to VT substrates. Although invasive mapping can be used to identify the target, the use of non-invasive ECG and imaging techniques combined with multi-electrode body-surface ECG recordings offers the potential of a completely non-invasive approach. Early case series have demonstrated a consistent decrease in VT burden and sufficient early safety to allow more detailed multicenter studies. Such studies are currently in progress to further evaluate this promising technology.

Disclosure: William Stevenson is coholder of a patent for the needle ablation electrode consigned to the Brigham and Women’s Hospital. Roy John has received lecture honoraria from Biosense Webster and Medtronic.

Myocardial scars from infarction or replacement fibrosis in non-ischaemic cardiomyopathies are the common substrate for sustained monomorphic ventricular tachycardia (VT).1,2 In selected patients at high risk of ventricular arrhythmias, placement of an implantable cardioverter-defibrillator (ICD) is effective for prevention of sudden cardiac death.2 Although ICDs are effective in terminating VT and preventing sudden cardiac death, shocks from ICDs reduce quality of life, and multiple shocks are associated with post-traumatic stress disorder.3,4 Most importantly, ventricular arrhythmia episodes and ICD shocks are also associated with increased overall mortality and progression of HF, although the extent to which arrhythmia recurrences actually contribute to adverse outcomes versus being markers for deteriorating cardiac status is not clear.5 In any case, preventing sustained ventricular arrhythmia and associated ICD shocks is a major focus in the management of patients with ICDs.

Both antiarrhythmic agents and catheter ablation have been used to reduce VT recurrences. A recent trial showed that VT ablation in patients with ischaemic cardiomyopathy reduced the composite outcome of death, VT storm and ICD shock compared with escalation of antiarrhythmic drug therapy.6 However, even in the catheter ablation group, more than half of patients had recurrent VT. Depending on the nature of the underlying heart disease, acute success rates in eliminating inducible VT range from 55–89 %, with VT recurrence rates ranging between 16–63 %.2 Catheter ablation for VT has limited efficacy when the VT substrate is not easily accessible due to deep intramural locations or when catheter access is precluded by the presence of mechanical valve prosthesis or intracavitary thrombus. Furthermore, its invasive nature and potential complications make it less attractive for patients with multiple comorbidities and haemodynamic compromise. A relatively non-invasive technique to ablate defined areas of myocardium involved in arrhythmogenesis has appeal if it can be shown to be safe and effective. Early feasibility studies of single-fraction stereotactic body radiotherapy have demonstrated encouraging results.7 VT substrates for such focussed radiotherapy can potentially be identified using imaging techniques that incorporate electrophysiological data.

Stereotactic radiotherapy involves directing highly focused external beam radiation therapy to target a well-defined and demarcated volume of tissue.8 Its use was first described to treat brain tumours with the goal of delivering a high therapeutic dose to the lesion of interest while minimising radiation to the surrounding normal tissue.9 The application of this technology to other organs in the body was initially limited by physiological motion and difficulties in accurate targeting.10 However, with advances in imaging, gating, tracking and intensity modulation, the use of stereotactic radiation has been expanded to other organs, and is now referred to as stereotactic body radiation therapy (SBRT).11 Megavoltage photons and protons can be used for SBRT, and during irradiation, multiple static beams or rotational beams are generally oriented to an isocentre. The key requirements of SBRT are accurate target delineation and motion compensation strategies.10,11 Accurate target delineation requires use of advanced imaging strategies that allow differentiating healthy from affected tissue. Motion compensation can be achieved with:

SBRT has emerged as standard therapy for early stage lung cancer, as well as for localised prostate cancer and primary pancreas, liver, kidney and breast cancer, as well as for limited metastatic disease.12,13 Its extension to cardiac tissue came with the recognition that stereotactic therapy gated to cardiac motion can effectively treat defined volumes in the heart.

SBRT for cardiac arrhythmias is termed stereotactic arrhythmia radioablation (STAR). In experimental models, STAR (the CyberHeart system; CyberHeart Inc.) was used to create atrioventricular block, conduction block in the cavotricuspid isthmus and lesions in the veno-atrial junctions of the pulmonary veins.14 Unlike catheter-directed radiofrequency or cryoablation, in which tissue destruction is effected by thermal injury, radiotherapy uses gamma-rays or x-rays directed in high doses (typically 25–30 Gy) to a three-dimensional volume of target tissue. The radiobiology of SBRT remains to be completely characterised. The mechanism of tissue injury is likely multifactorial, being in part the consequence of double-strand breaks in DNA, leading to apoptosis, but also of vascular damage and ischaemic cell death. Unlike with catheter-based thermal injury, which produces immediate effects, the results of radiotherapy-related ablation can take days to months to manifest fully.14 In experimental studies of cardiac ablation, conduction block in ablated tissue was not seen until 30 days after therapy. Clinical effects in patients have been observed earlier, with a reduction in arrhythmia burden within days or weeks of therapy.7

In scar-related ventricular arrhythmias, the arrhythmia origin is usually related to the ventricular scar containing surviving myocyte bundles, or its border zones.15 The 12-lead morphology of a VT offers clues to its origin. Identification of myocardial scars can be achieved by the use of delayed enhanced MRI, nuclear perfusion imaging or even CT or echocardiographic identification of wall thinning or wall motion abnormality. However, the entire region of scar may not be participating in arrhythmogenesis. Conventionally, scar-related electrophysiology and definition of critical areas involved in re-entrant arrhythmias is obtained by invasive electro-anatomical mapping prior to catheter-based ablation. This can be done prior to radiotherapy, and the target defined by mapping can be used to construct the target volume for radiotherapy. An alternative, totally non-invasive approach uses MRI or CT to define the scar area, and then incorporating information obtained from the body-surface ECG to define the arrhythmia substrate. Multi-electrode ECGs, referred to as body-surface mapping, can potentially refine the electrophysiological information beyond what can be inferred from the standard ECG.16

Electrocardiographic imaging (ECGI) is a recently refined method of obtaining detailed electrophysiological information from the body-surface recordings.16,17 Electrodes (n=256) incorporated into strips are applied to the torso of the patient, with CT markers attached to each electrode. A thoracic non-contrast gated CT scan is performed, which allows the distance between the heart and each electrode to be determined. Body-surface unipolar electrograms are recorded from the surface electrodes. From the electrograms and the anatomical information of the CT, the specialised ECGI algorithm calculates unipolar epicardial electrograms projected onto the surface of the ventricles. From these projections, epicardial isochronal maps can be created. Electrogram amplitude, electrogram fractionation and late potentials, which are evidence of arrhythmia substrate and scar, can be detected and used to define potential ablation targets. The abnormal areas of myocardium defined by ECGI can be correlated with areas of scar identified with MRI and single-photon emission CT as well. When the ECGI recording is obtained during VT, the epicardial VT exit sites can be identified and used to formulate an ablation strategy. A limitation of this approach is that ECGI provides information largely about the epicardial depolarisation and repolarisation of the heart, but the arrhythmia substrate is often endocardial or intramural. However, endocardial substrate locations can likely be inferred from epicardial mapping data, although this is an area of continuing research.17

Early experience with the use of stereotactic radiotherapy as palliation for VT has been encouraging, but it should be noted that these reports are limited to very small numbers of patients.7,18,19 In the largest series, five patients with refractory VT who failed two antiarrhythmic drugs and had either at least one traditional invasive ablation procedure that failed or a contraindication to ablation procedures underwent non-invasive therapy for VT.7 Of these, four underwent a combined anatomical imaging study and non-invasive ECGI during VT induced by their implanted cardioverter-defibrillator. VT exit points were identified by ECGI and the target volume for radiotherapy defined based on the ECGI or previously defined electro-anatomic maps from prior EP studies. After mapping, simulation and planning, the patients received a single fraction of 25 Gy while awake (mean ablation time 14 minutes). Over 46 patient-months following a blanking period of 6 weeks, a marked reduction in total VT burden was noted in all patients compared with baseline. In addition to these dramatic reductions in VT, the short-term safety profile was encouraging.7 Mild inflammatory changes in the adjacent lung tissue was observed on CT scans and resolved on follow-up imaging at 12 months. One patient suffered a fatal stroke 3 weeks after treatment. This might have been related to AF and inability to anticoagulate, but a direct effect of SBRT cannot be excluded. The targeted volume of myocardium in this series ranged between 17 and 81 cc and was large enough to have demonstrated potential collateral damage, but in the 12 months of follow-up in the four surviving patients, there was no evidence for papillary muscle dysfunction, new conduction abnormalities or loss of left ventricular function. In addition, SBRT had no discernible adverse effects on the patients’ implanted cardiac defibrillators. These investigators have initiated a prospective phase I/II trial of SBRT in patients with VT who have failed standard therapies and have a 1-year survival below 20 % (ClinicalTrials.gov identifier: NCT02919618). A second trial, sponsored by CyberHeart Inc., will evaluate safety and efficacy in 10 patients with refractory VT (ClinicalTrials.gov identifier: NCT02661048).

The immediate attraction of non-invasive SBRT for VT ablation is its applicability to a wider patient population, particularly sicker patients with severe left ventricular dysfunction or mechanical prosthesis, and VT substrates that are not accessible to current methodologies.1 However, the limitations of non-invasive radioablation will need to be carefully considered. The long-term toxic effect of radiotherapy on the cardiac structures is well documented and derived from experiences with mantle field radiation for treatment of lymphomas.20 Damage to the coronary arteries, conduction system, valve structures, myocardium and pericardium can emerge years later. Its acute and chronic effects on thinned-out areas of myocardium is not known. Although SBRT is designed to minimise toxicity to adjacent structures, respiratory and cardiac motion increases the risk of off-target delivery. This risk profile, while acceptable when SBRT is used as palliation, might be more concerning for patients who have longer survival. Secondly, identification of arrhythmia substrates in the non-ischaemic cardiomyopathies is more challenging. Myocardial scars are often less confluent and distributed throughout the mid-myocardium or subepicardium, and localisation using invasive or non-invasive techniques can prove difficult. Furthermore, arrhythmia substrates can occur in close proximity to the basal septum, where the conduction tissue is exposed to the risk of collateral damage. Finally, the delayed effect of SBRT makes it unsuitable for rapid control of ventricular arrhythmias, such as VT storms.

Despite its limitations, non-invasive stereotactic radioablation has undoubtedly extended the therapeutic horizon for ventricular arrhythmias and clearly warrants further investigation. Until its safety and efficacy can be established in larger trials, there should be cautious optimism. 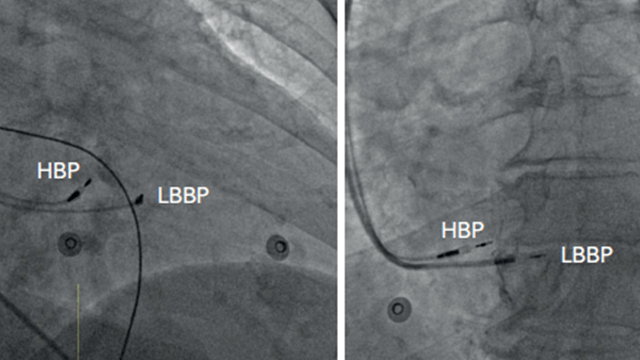 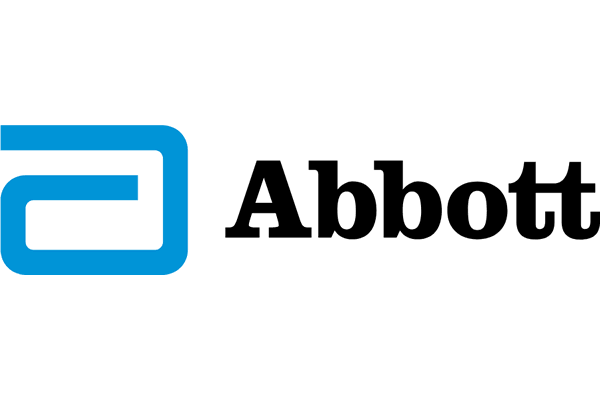