HRS 22: Outcomes From the Mental-AF Trial

Dr Julia Lurz (Heart Center Leipzig, Leipzig, DE) joins us at HRS 22 to discuss the Mental-AF Trial. This study aimed to investigate if app-based mental training can impact the occurrence of atrial fibrillation episodes after catheter ablation for AF.

- My name is Julia Lurz from the Heart Centre of Leipzig Department of Electrophysiology. And we will be talking about the Mental-AF Trial today.

Aim of this study

We aimed to investigate whether patients with atrial fibrillation undergoing catheter ablation would benefit from a three-month app-based mental training with regards to reduction of symptom burden. Patients with atrial fibrillation have multifaceted symptomatology and they oftentimes suffer quite a bit. And also quality of life is reduced. Catheter ablation does offer an effective treatment option yet recurrences, especially during the three-month following ablation are common. So we try to find a tool to improve symptoms during this period.

Function of the app

The MINDANCE app offers a audio guided multi-modular programme with different mentor training techniques. And we conducted a programme for that. We believe would be beneficial for atrial fibrillation patients. And we had a first part, which was the relaxation module and included breathing exercises progressive muscle relaxation, and others to induce relaxation and to relieve physical and mental discomfort. And then the second part included mindfulness exercises that aim to refine the ability of introspection and introception which would relate to differentiation of disease perception.

Mental-AF included patients with symptomatic paroxysmal or persistent atrial fibrillation who were scheduled for catheter ablation of AF which is usually performed the day after. And mental-AF was a single centre investigator initiated unblinded randomised trial that included patients with symptomatic paroxysmal and persistent atrial fibrillation of a period of two years. And the primary endpoint was the mean AF6 sum score during the three-month study period. And the secondary endpoints included patient report outcome measures. There were total of 151 patients included in the final analysis.

Since patients with atrial fibrillation suffer from a relevant symptom burden and limited quality of life even oftentimes after catheter ablation we need adjunctive treatment strategies for these patients. So there are a few considerations regarding the beneficial effects of mental training and there are a few different levels. One refers to more psychological level where we believe that mental training can alter disease perception and also on a more physiological level it should balance autonomic function. And of course it does lead to stress reduction. And then there is the topic of patient engagement. So app based tools can engage patient and taking responsibility for their own health. Additionally app-based approach bear huge potential as they are ubiquitously accessible and scalable and ultimately a more comprehensive approach to AF patients including common risk factor management as well as enforcing physical activity and mental training would be important to improve patient care, especially as there's a huge overlap to other conditions such as heart failure with preserved ejection fraction.

It would be interesting to know if app-based mental training would actually reduce AF recurrences. So this could be assessed by continuous monitoring. And also if it relates to other than the ablation cohort which might have attenuated effects in this case. So a broader population would be interesting. And then this was a programme that went three month. So we would like to see how this develops over longer term especially as this would relate to patient adherence. It was okay to get them to train three month and they trained 50 minutes per day but would they do that beyond the three month? So this is something that would need to be investigated how that can be implemented. This concept could also be tested in other populations in patients with arrhythmia such as ventricular tachycardia or also a patient with heart failure with preserved ejection fraction. And favourably we would have multicenter studies to have proof of the concept. 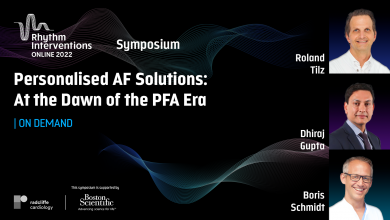 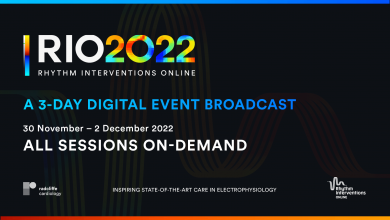 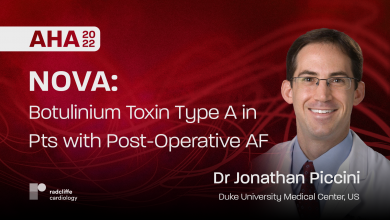 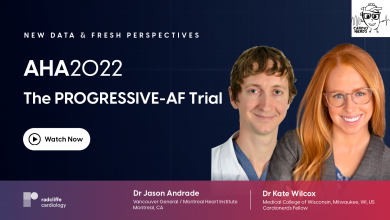 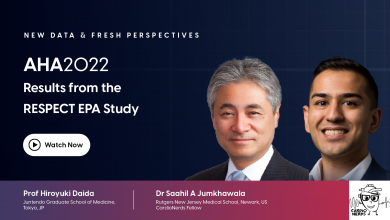