Early repolarisation pattern is defined electrocardiographically by a distinct J wave or J-point elevation that is either a notch or a slur of the terminal part of the QRS entirely above the baseline, with or without ST-segment elevation. The peak of the notch or slur (Jp) should be ≥0.1 mV in two or more contiguous leads, excluding leads V1 to V2 (see Figure 1).1,2 Early repolarisation syndromes (ERS) refer to sudden cardiac death or documented VT/VF in individuals with an early repolarisation pattern. A prominent J wave has been long observed in cases of hypothermia hypercalcaemia and ischaemia.3 The term J-wave syndromes usually denotes inherited conditions such as ERS and the Brugada syndrome,4 which are due to mutations affecting calcium, potassium and sodium channels and may contribute to overlap syndromes.4,5

The J-wave deflection occurring at the QRS–ST junction (also known as the Osborn wave) was first described in 1953 and is seen in many conditions such as acute ischaemia (especially in true posterior myocardial infarction), hypothermia, hypercalcaemia, brain injury, acidosis and early repolarisation syndromes. An increase in net repolarising current, due to either a decrease of inward Na+ or Ca2+ currents (INa, and ICa,L), or augmentation of outward currents, such as Ito, IK–ATP, and IK–ACh, lead to augmentation of the J wave or the appearance of ST-segment elevation that is more prominent during slow heart rates. Overlap with other syndromes may be seen. Mutations in the SCN10A gene may produce patterns of Brugada, early repolarisation and conduction disease,5 and a high prevalence of early repolarisation in short QT syndrome has also been reported.6 Physiological heterogeneity of electrical properties and transmural gradients in ion channel distribution in the endocardial, midmyocardial (M cells) and epicardial layers result in regional differences in electrophysiological properties. Ventricular epicardial (particularly RV) and M cells, but not endocardial action potentials, display a prominent phase 1 due to a large transient outward potassium current (Ito) giving rise to the typical spike and dome or notched configuration of the action potential and inscription of the J wave in the ECG. The degree of accentuation of action potential notch leading to loss of the dome depends on the magnitude of Ito. When Ito is prominent, as it is in the right ventricular epicardium, an outward shift of current causes phase 1 of the action potential to progress to more negative potentials at which the L-type calcium current (ICa,L) fails to activate, leading to all-or-none repolarisation and loss of the dome. Loss of the action potential dome usually is heterogeneous, resulting in marked abbreviation of the action potential at some sites but not at others. The dome then can propagate from regions where it is maintained to regions where it is lost, giving rise to local transmural reentry and closely coupled extrasystoles (phase 2 reentry). When the extrasystole occurs on the preceding T wave, it results in an R on T phenomenon that initiates polymorphic VT or VF.

The early repolarisation pattern has long been considered to be a benign ECG manifestation (6–13 % in the general population), that is seen more commonly in young healthy men and athletes (22–44 %) and its clinical significance has been questioned.7 In a recent report on professional athletes, a correlation between J-point elevation and interventricular septum thickness was observed, suggesting a possible mechanistic role of exercise-induced left ventricular hypertrophy as the basis for J-point elevation, and no cardiac death was observed in a median of 13 years follow-up.8 Similarly, in the CARDIA study, the presence of early repolarisation in young adults was not associated with higher risk of death during long-term follow-up.9 The possibility that false tendons, e.g. discrete, fibromuscular structures that transverse the LV cavity, are related to the genesis of J waves has also been raised.10

Still, several obscure points remain with this syndrome. An early repolarisation pattern in the inferolateral leads occurs in 5 % of apparently healthy individuals;13,14 it may not be consistently seen, and even the horizontal/descending ST type was seen in 3 % of controls.16,17 In the Atherosclerosis Risk in Communities (ARIC) study, J-point elevation was associated with an increased risk of sudden cardiac death (SCD) in whites and in women, but not in blacks or men.20 A pattern of J-wave and/or QRS slurring (but not of ST elevation) has been associated with cardiac arrest/sudden death in athletes,15 but many healthy athletes have early repolarisation with a rapidly ascending pattern. Inferolateral early repolarisation pattern is seen in 25–35 % of competitive athletes, and inferior only in 4 %, and is considered a dynamic phenomenon related to physical activity.8,21,22 Finally, a large genome-wide association study has been unable to identify genetic variants associated with the pattern, possibly reflecting the phenotypic heterogeneity that exists among these individuals.23 It seems, therefore, that the majority of individuals with early repolarisation are at no or minimal risk for arrhythmic events.2

ERS is diagnosed in:

In addition, specific repolarisation patterns that have been previously discussed should be also taken into account. The Brugada syndrome is characterised by J-point or ST-segment elevation in the right precordial leads, and approximately 12 % of patients display typical early repolarisation abnormalities. However, it is typical that the ST-segment elevation is augmented in the right precordial leads by sodium-channel blockers; whereas in ERS, the early repolarisation pattern is usually attenuated.25

The risk stratification and optimum management of these patients are not well defined and the recognition of the truly malignant forms is difficult. Electrophysiology testing does not appear useful for risk stratification. VF is infrequently induced (22 %) and has no predictive value for ICD therapy.26 Patients with aborted sudden death in the absence of identifiable cause (idiopathic VF) are treated with ICD. Ablation of idiopathic VF, targeted to short coupled ventricular premature beats that originate predominantly from the Purkinje system and the right ventricular outflow track and trigger VF, has also been reported.27 According to the 2013 HRS/EHRA/APHRS statement, ICD is indicated only in patients who have survived a cardiac arrest (I) and it might be considered (IIb) in symptomatic family members of ER syndrome patients with a history of syncope in the presence of ST segment elevation >1 mm in 2 or more inferior or lateral leads. Quinidine may also be used in addition to ICD (IIa), as well as isoproterenol to suppress electrical storms (IIa).24 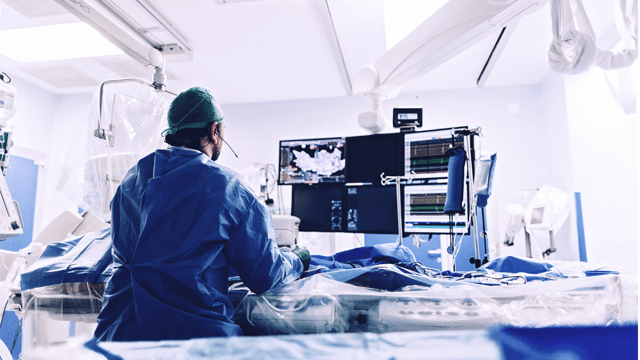 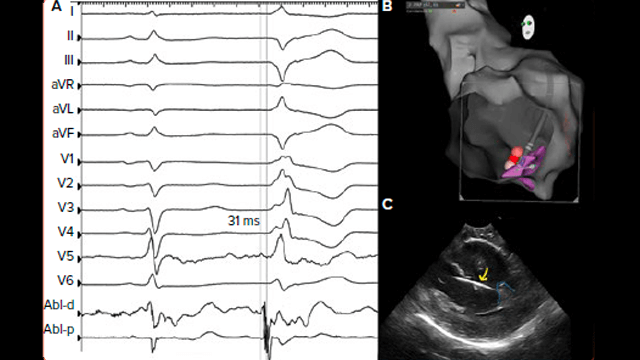 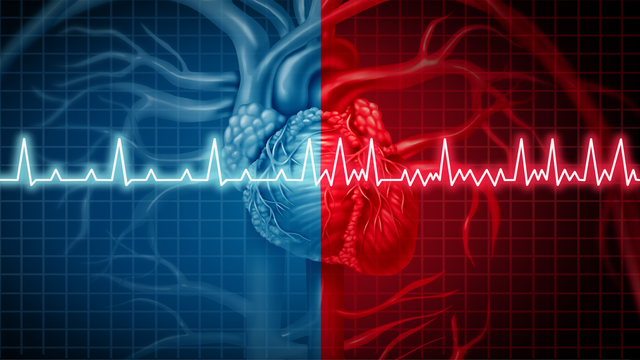