For many patients with symptomatic atrial fibrillation, cardioversion is performed to restore sinus rhythm and relieve symptoms. Cardioversion carries a distinct risk for thromboembolism which has been described to be in the order of magnitude of 1 to 3 %. For almost five decades, vitamin K antagonist therapy has been the mainstay of therapy to prevent thromboembolism around the time of cardioversion although not a single prospective trial has formally established its efficacy and safety. Currently, three new direct oral anticoagulants are approved for stroke prevention in patients with non-valvular atrial fibrillation. For all three, there are data regarding its usefulness during the time of electrical or pharmacological cardioversion. Due to the ease of handling, their efficacy regarding stroke prevention, and their safety with respect to bleeding complications, the new direct oral anticoagulants are endorsed as the preferred therapy over vitamin K antagonists for stroke prevention in non-valvular atrial fibrillation including the clinical setting of elective cardioversion.

Atrial fibrillation (AF) is the most common serious chronic heart rhythm disorder with an estimated prevalence in the general population of around 1 %.1 The arrhythmia affects about 2.2 million persons in the US and 4.5 million individuals in the EU. Due to the advancing age of the population, the prevalence of AF is likely to increase even further.2 AF is associated with major morbidity and mortality, particularly due to thromboembolic complications. In patients older than 80 years, approximately 15 % of all strokes are attributable to AF. Moreover, AF-related strokes are known to be associated with higher mortality and more disability than strokes of other origin.3 The risk for thromboembolism exists even in younger patients, and even relatively short episodes of the arrhythmia have been shown to be linked to thromboembolic events.4

For many patients with symptomatic AF, cardioversion is performed to restore sinus rhythm and relieve symptoms. The first successful closed-chest defibrillation of a human was described by Zoll et al. in 1956.5 Soon thereafter, Lown and co-workers evaluated the utility of external cardioversion for non-lethal arrhythmias, such as AF or atrial flutter. At that time, most patients undergoing cardioversion of AF suffered from rheumatic valve disease such that the high risk for thromboembolism was well appreciated.6,7 To reduce the risk for thromboembolism, patients with mitral stenosis subjected to cardioversion ‘were generally treated with anticoagulant drugs for 3 to 4 weeks’ prior to the procedure.6,7 A few years later, the first systematic report on the incidence of stroke and systemic embolism in patients undergoing electrical cardioversion of AF was published by Bjerkelung and Orning.8 They performed a non-randomised, prospective cohort study of 437 patients. In this classic study, 11 (6.8 %) embolic events occurred in 209 non-anticoagulated patients compared with two (1.1 %) in 228 subjects who had received appropriate anticoagulation therapy prior to the procedure. Albeit not a randomised study, these observations formed the cornerstone of the modern practice of anticoagulation in patients undergoing electrical or pharmacological cardioversion of AF. Of note, not a single randomised controlled trial has been conducted comparing vitamin K antagonist anticoagulation with placebo therapy in this clinical setting. Thus, anticoagulation practices surrounding cardioversion have been empirical since the advent of the procedure, based on the known risk for a serious complication.

Vitamin K Antagonist Therapy Prior to and Following Cardioversion

Vitamin K antagonists have been the standard of care for stroke prevention in AF for the last 50 years. The shortcomings of vitamin K antagonists therapy have long been recognised and include the slow onset and offset of action, the narrow therapeutic window requiring frequent international normalised ratio (INR) measurements, the relatively high bleeding risk, and the numerous interactions of these drugs with food and other medications. A major drawback of warfarin particularly in the setting of cardioversion is its delayed onset of action. In fact, in many patients it will take 2 or more months to achieve adequate anticoagulation for cardioversion with warfarin.12,13 This delay implies persistence of symptoms and may render the arrhythmia more difficult to terminate. As a consequence, there is a need for heparin infusion or low molecular weight heparin as bridging therapy if the patient’s INR is not in the therapeutic range or if the patient is new to vitamin K antagonists. Unfortunately, bridging therapy is cumbersome for the patient and has been shown to be associated with an increased risk for bleeding complications. All of these problems similarly apply for the TOE-guided treatment approach when oral anticoagulation must be initiated immediately after cardioversion. Hence, there is a clear need for better treatment alternatives for patients scheduled for electrical or pharmacological cardioversion.

Currently, four new oral anticoagulants, the direct thrombin inhibitor dabigatran and the factor Xa inhibitors (apixaban, rivaroxaban and edoxaban), have been approved for stroke prevention in AF in various jurisdictions. As shown in Table 1, these agents have predictable pharmacokinetics and pharmacodynamics, which makes them much easier to handle than the vitamin K antagonists. The rapid onset and offset of their anticoagulant effect is of particular advantage in the cardioversion setting. Patients are effectively anticoagulated after intake of 1 or 2 doses of one of these DOACs. All four DOACs have been compared with vitamin K antagonist therapy in patients with paroxysmal, persistent or permanent AF.14–17 In essence, all have at least the same or even superior efficacy as warfarin regarding prevention of thromboembolic events, and major bleeding events are less frequent with DOACs than with vitamin K antagonists (over an exposure of 1 to 3 years).17

Experience with the use of these DOACs in the clinical setting of cardioversion has been published for dabigatran, apixaban and rivaroxaban. The pivotal AF study of dabigatran, the Randomised Evaluation of Long-Term Anticoagulation Therapy (RE-LY) trial, included 18,113 patients randomised to dabigatran 110 mg twice daily, dabigatran 150 mg twice daily or warfarin.14 During the trial, 1,319cardioversions were performed in 1,270 patients over a 24-month follow-up period.18 Although the duration of anticoagulation before cardioversion was not reported, it was recommended that patients assigned to dabigatran receive at least 3 weeks of therapy before cardioversion. Stroke and systemic embolism rates at 30 days were 0.8 % for dabigatran 110 mg, 0.3 % for dabigatran 150 mg, and 0.6 % for warfarin without significant differences between the treatment groups. Approximately 25 % of patients assigned to dabigatran underwent pre-cardioversion TOE of which only 1.8 % and 1.2 % were positive for left atrial thrombi. Major bleeding events were observed at similar rates in the three groups (1.7 %; 0.6 %; 0.6 %). In summary, therefore, this subanalysis of the RE-LY trial represents the first controlled experience with one of the DOACs in the setting of cardioversion and demonstrates its efficacy for prevention of thromboembolic events and bleeding complications similar to that of warfarin.

More limited experience exists for apixaban in the setting of cardioversion. In the large pivotal AF trial of this compound, the Apixaban for Reduction in Stroke and Other Thromboembolic Events in Atrial Fibrillation (ARISTOTLE) trial, a total of 743 cardioversions were performed in 540 patients: 265 first cardioversions in patients assigned to apixaban and 275 in those assigned to warfarin.19 The mean time to the first cardioversion for patients assigned to warfarin and apixaban was 243±231 days and 251±248 days, respectively; 75 % of the cardioversions occurred by 1 year. Baseline characteristics of cardioverted patients did not differ between the two treatment arms. There were no strokes or systemic embolisms in subjects undergoing cardioversion, and major bleeding events were similarly rare (one patient in each group). During the 30-day follow-up period of this substudy, two patients in each group died. The investigators thus concluded that stroke and bleeding risks for patients undergoing cardioversion with apixaban were low and similar to those observed with warfarin.

The third DOAC, rivaroxaban, was compared with warfarin in the pivotal Rivaroxaban Once-daily, Oral, Direct Factor Xa Inhibition Compared with Vitamin K Antagonism for Prevention of Stroke and Embolism Trial in Atrial Fibrillation (ROCKET AF) trial.16 The study protocol excluded patients for whom electrical cardioversion was planned. As a consequence, only 143 patients underwent electrical cardioversion over the median follow-up of 2.1 years,20 far too few patients to estimate benefits and risks for this DOAC compared with the standard of care with warfarin. For this reason, a separate study was conceptualised to examine the efficacy and safety of oral rivaroxaban in the setting of elective cardioversion, the Explore the Efficacy and Safety of Once-daily Oral Rivaroxaban for the Prevention of Cardiovascular Events in Patients with Nonvalvular Atrial Fibrillation Scheduled for Cardioversion (X-VERT) trial.21 X-VeRT is the first prospective randomised trial of a novel oral anticoagulant in patients with AF undergoing elective cardioversion. A total of 1,504 patients with AF >48 hours or of unknown duration were assigned to rivaroxaban (20 mg once daily, 15 mg if creatinine clearance was between 30 and 49 ml/minute) or dose-adjusted vitamin K antagonists in a 2:1 ratio. Importantly, investigators selected either an early (target period of 1–5 days after randomisation) or delayed (3–8 weeks) cardioversion strategy for their patients. The primary efficacy measure was a composite of stroke, transient ischaemic attack, peripheral embolism, myocardial infarction or cardiovascular death. The primary safety outcome was major bleeding. In the rivaroxaban group, there were five primary efficacy outcome events (two strokes) among 978 patients (0.51 %) compared with five (two strokes) in 492 warfarin-treated patients (1.02 %) (relative risk [RR] 0.50, 95 % confidence interval [CI] 0.15–1.73). In terms of the two cardioversion strategies, four patients in the rivaroxaban group experienced primary efficacy events following early cardioversion (0.71 %) and one following delayed cardioversion (0.24 %). In the vitamin K antagonists group, three patients had primary efficacy events following early cardioversion (1.08 %) and two following delayed cardioversion (0.93 %). Rivaroxaban was associated with a shorter time to cardioversion compared with vitamin K antagonists, particularly in the delayed cardioversion arm. The median time between randomisation and cardioversion was 22 days (interquartile range 21–26) for patients assigned to rivaroxaban compared with 30 days (range 23–42) for those who received warfarin therapy (p<0.001). Whereas only one rivaroxaban patient could not be cardioverted within the target time range of 21–25 days due to lack of compliance, a total of 95 patients assigned to warfarin could not undergo cardioversion in the target time range because of inadequate anticoagulation (INR values outside the therapeutic range). This finding underscores the difficulties inherent to warfarin therapy mentioned above. In terms of the safety profile of rivaroxaban, there were no significant differences in terms of major bleeding events between the two treatment groups (six patients [0.6 %] in the rivaroxaban group and four patients [0.8 %] in the vitamin K antagonists group; RR 0.76, 95 % CI 0.21–2.67).

The aforementioned studies therefore show in aggregate that all three DOACs represent effective and safe alternatives to vitamin K antagonist therapy in patients scheduled for cardioversion. In addition, there are now ‘real-world’ experiences published on the efficacy and safety of DOACs in everyday clinical practice showing that these compounds can be used safely and in a more timely fashion.22 Currently, two further randomised controlled studies are being performed comparing apixaban23 and edoxaban24, respectively, with vitamin K antagonist therapy in patients undergoing cardioversion.

Due to their rapid onset and offset of action, the advantages of DOACs over vitamin K antagonists in the handling of patients undergoing cardioversion are obvious, allowing more patients to be cardioverted within shorter time periods. Whether this will eventually result in a reduction in healthcare resource utilisation needs further evaluation. The use of DOAC stroke prevention therapy in the AF population in general likely represents the preferred therapeutic strategy. For subjects undergoing electrical or pharmacological cardioversion with or without concomitant TOE, DOAC treatment is a good alternative to vitamin K antagonists in appropriately selected patients. This is already endorsed by guidelines10 and by practice recommendations of the European Society of Cardiology.25 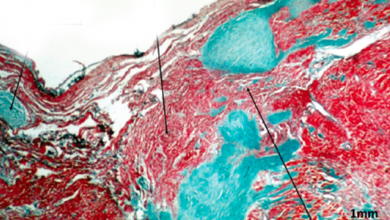 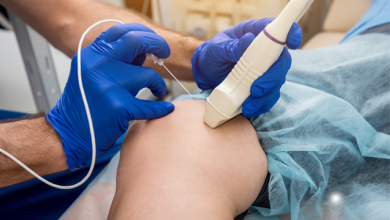