Disclosure: GYHL is a section editor on the Arrhythmia & Electrophysiology Review editorial board. All other authors have no conflicts of interest to declare.

AF is becoming increasingly common and confers a major healthcare burden.1 The exact pathophysiological causes of AF have attracted much interest, but inflammation is thought to be an essential underlying aetiological mechanism implicated in the development of AF.2,3 Raised levels of biomarkers, such as C-reactive protein (CRP), interleukin (IL-1 and IL-6) and tumour necrosis factor (TNF), can lead to valvular changes resulting in atrial dilation and deposition of signalling molecules, such as matrix metalloproteinases (MMPs), leading to fibrosis of the atria.2 Identified risk factors for incident AF include smoking and alcohol intake, hypertension, obesity, diabetes and renal failure, along with acute conditions such as severe sepsis.2,4,5 One possible sepsis-related link with a risk factor that has hitherto received little attention is that of poor oral heath.

It is now being recognised that poor dental health is implicated as a causal factor in a range of systemic illnesses, which includes cardiovascular disease (CVD). The relationship between CVD and periodontitis – a common chronic inflammatory disease of the gingivae (gums) that causes the destruction of the supporting bone around teeth – has been extensively researched. A recent report from the European Federation of Periodontology and the American Academy of Periodontology in 2020 reviewed the literature relating to periodontitis and CVD.6 It suggested substantial associations and concluded that effective periodontal therapy leads to improved endothelial function and reduction of chronic inflammatory markers. Bacteraemia is thought to play a role in the development of AF as it may trigger an inflammatory and autoimmune response and CRP distributed following the invasion of bacteria potentially plays a role in oxidative stress and the development of CVD.6

There is emerging evidence linking periodontitis with AF.6 In a recent study, 5,958 patients had a periodontal assessment of severity and were monitored for AF.7 Severe periodontitis was found to have higher associations with AF (multivariable adjusted HR 1.31; 95% CI [1.06–1.62]). This study has significant strengths as it assessed periodontal disease using full-mouth clinical periodontal measurements with comprehensive measurements and followed up participants longitudinally for over 17 years. Incident AF was assessed using comprehensive assessments, such as 12-lead ECGs. A further retrospective cohort study in a large Taiwanese database has reported a positive association between periodontitis and AF, although this study has significant limitations as it did not assess for potential confounders.8

A suggested biological mechanism involved is an interplay between periodontal pathogens, vascular endothelial damage and atherogenesis from systemic inflammation, as indicated by chronically elevated inflammatory markers IL-6 and CRP found during the periodontal disease process and new-onset AF.8 The occurrence of atrial dilation and AF pathophysiology involves fibrosis and deposition of connective tissue, alongside platelet and coagulation activation, suggesting that inflammatory pathways may lead to the development of AF and thromboembolic events, such as stroke.2

The role in CVD of oral bacteria entering the circulation has also been considered. There have been no studies exploring oral bacteraemia and incidence of AF, although lack of tooth-brushing and dental treatment have been associated with bacteraemia and some studies have shown evidence of cardiovascular complications and AF.9,10 One of the studies investigated almost 30,000 individuals from a Taiwanese database and found that individuals who had at least one dental scaling procedure per year for at least 3 years had a lower incidence of new-onset AF (HR 0.671; 95% CI [0.524–0.859]; p=0.002).9 However, the potential status of certain risk factors for AF, such as smoking, were not considered, and AF was only diagnosed using electronic records and not through validated methods like ECGs.

Another observational study comprising 161,286 individuals from a Korean database found that improved oral hygiene and dental scaling also had a reduced risk for incidence of new-onset AF.10 Although this study had more additional information included and adjusted for analysis like smoking status, exercise, and physical weight, there were still no validated methods used for diagnosis of AF and periodontal disease, with confirmation obtained only from electronic records. Authors of another study proposed that bacteraemia, rather than inflammatory oral diseases, may also have a role in the development of new-onset AF. The study comprising 247,696 participants free of any CVD found that individuals with higher incidence of tooth decay also had an increased risk of AF-related diseases such as MI, heart failure, stroke and cardiovascular death.11

Apical periodontitis – infection of the root canal system – could also play a part in the development of AF. A retrospective observational study found a link between apical periodontitis and AF, although the study had significant limitations as it did not consider other potential confounders.12 Again, a suggested biological mechanism for the relationship was localised inflammatory response to bacterial infections and cell mediators related to CVD and AF such as IL-1.12 Interestingly, the study proposed that apical periodontitis and CVD have common sequences. They are both of connective tissue origin with an inflammatory disease process involving vasodilation, an influx of cellular metabolism, biomarkers and a breakdown of cell structure.12

A recent systematic review has explored the possible link between acute oral diseases and new-onset AF, but as the authors found only two related case reports in the last 50 years, it is evident that further study in this area is necessary.13 The presence of different Gram-positive and Gram-negative oral bacteria in the bloodstream during severe dental infection may induce cytokines like IL-1, TNF and MMPs causing a dysfunctional response which in some cases can lead to sepsis – a serious complication resulting from damaging microorganisms in the blood or other tissues and the body’s response to their presence, potentially leading to the failure of various organs, and in some cases mortality.4,13 Dental sepsis arising from acute oral diseases may still lead to consequential effects, even after the infection is cleared, as it is recognised that sepsis survivors are at a greater risk of developing new-onset AF even after hospitalisation.4 Acute dental problems are common in England, as 0.7% of all emergency attendances are dental related, but more research is needed in this area as it is not clear how many of those are hospitalised and what percentage have dental sepsis.14

In summary, there is a growing body of scientific evidence and research suggesting a connection between oral diseases and AF. Figure 1 illustrates the potential biological mechanisms underlying the bacterial and inflammatory oral disease processes highlighted in this article. The relationship of the arrhythmia with oral health can provide a unique model for understanding the impact of different diseases processes (inflammatory and bacterial) associated with the development of AF. Many oral health interventions have been retrospective, following a report that cites barriers to creating prospective trials because of ethical and financial considerations.15 However, Zimmerman et al. recently investigated the effects of a mouth care programme for reducing pneumonia in nursing homes residents using a randomised trial, illustrating that prospective studies with oral health interventions that assess systemic disease are feasible.16 Lengthy prospective longitudinal studies, such as the one by Sen et al., with a duration of 17 years are not always required to assess the relationship of oral health and AF.

Future research can include shorter prospective studies that are able to investigate recurrence of AF following cardiac ablation or cardioversion. The occurence of post-operative AF after cardiac surgery is also common and incidence during hospital stay can be monitored following an oral health intervention.7 Oral health should be part of the comprehensive evaluation and characterisation of AF, with an integrated or holistic approach to managing this common cardiac arrhythmia.17,18 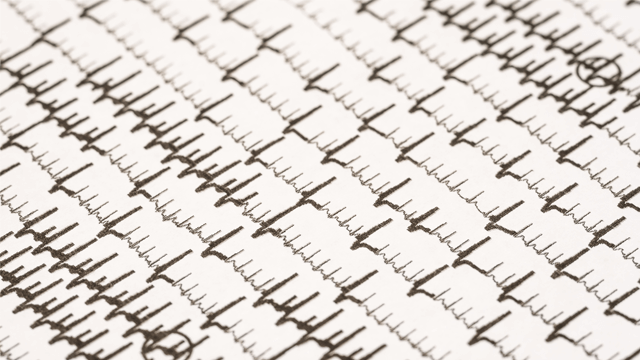 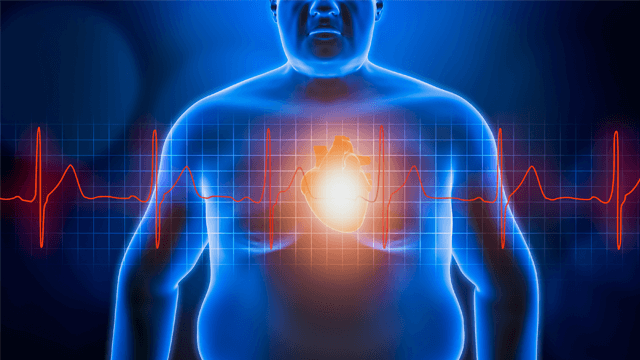